Harvest Waste Steam to Generate Electricity Worth £168,000 per Year!

For too long, you’ve been watching your waste steam vanish into thin air – and with it goes the opportunity to generate additional revenues of up to £168,000 per year!

Harvest Waste Steam and Turn It into Electricity

The AXIAL V.V.T. Engine recycles your process waste steam/heat to generate electricity and reduces carbon emissions in your processing plant with a return on investment of less than 2 years

Want to get an AXIAL VVT Engine? Contact Us to find out more!

How Does it Work? 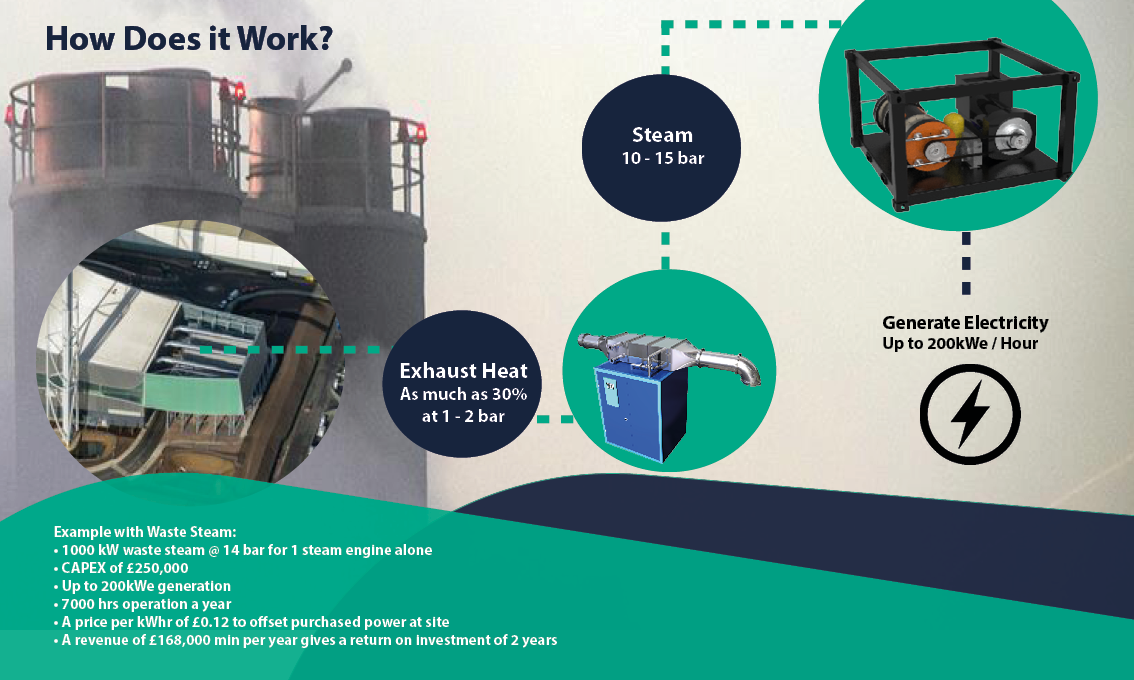 A proven waste heat recovery steam generator will be coupled to the axial steam engine system and can be scaled to provide enough steam for multiple engines.

The engine connects to an alternator to generate AC electrical power.

The unit will require saturated steam input at a certain energy and pressure to give an optimal electrical output.

This will be connected into from the steam source in parallel to a steam condenser system.

If no steam source is present, then a heat source will be required and a steam generator with condenser can be supplied at extra cost.

How Does the AXIAL Engine Convert Steam into Cash?

Each AXIAL engine is capable of generating 200kWe per hour. Based on waste steam generation on a 35 hour week (7000 hours annually) and an assumption that the price per KWhr is 12p, this creates a revenue stream of £168,000.

What is the AXIAL Engine? 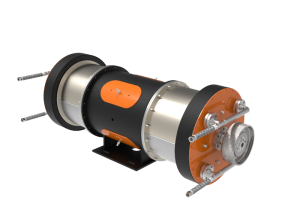